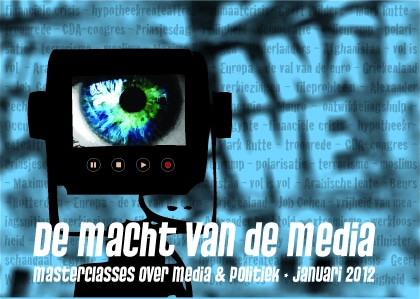 It’s not the reason you think…

For many designers, directors and many others in all fields of work, living and working overseas is a dream. Something to dream about. Something that if you ever had, you would jump at the opportunity and maybe never come back. For many freelance creatives, this reality is a little bit closer and slightly more attainable. Many solopreneurs can take their work on the road and work remotely from anywhere there is a good connect, but when you take it to the next level and turn your holiday oasis to a place you call home and set up shop. The landscape begins to quickly change before your eyes. In 2006 and in 2010, I decided to do just that.

The visa was the easiest part about working overseas

I remember sitting in my fast paced new york cubical working for Victoria’s Secret and itching for change. I had always fantasized about working overseas. After numerous attempts to apply for jobs that might transfer me or have offices overseas, I took it in my own hands. I figured out the visa to work as a freelancer designer in both Australia (2006) and in Holland (2010-2012). Little did I know that was just the easiest part.

Why green is not the color of money

Once I was in Australia I began, reaching out to recruiters, contacting individuals agency and asking everyone I knew if they had any connections. I had a 6 month working holiday visa, so I started out temping, but eventually found myself working for my first Aussie graphic design agency. The agency knowing I was from New York had ultra high expectations. With beauty clients as part of their business, I seemed like the perfect fit.

The first ad I designed was an ad for a finance company. I designed a textured green header with a tagline using clean type and highlighting their services below. I remember being quite enthusiastic to have it ready so quickly for the art director, who expected with my New York background would be ahead of normal speed. When he looked at it he retorted, “Why is it green? Purple or yellow, but why on earth would you pick green? Go change it to purple!” he demanded without giving much thought as to why I might have chosen it.Then he said, “I thought much better coming from a New Yorker. Not to mention the spelling errors.” Wow this was an eye opener. At the time I was completely humiliated. In hindsight, I realized, I was bringing with me my innate cultural intuition, with green for money and Americanized spelling of words. It was certainly a good lesson…but a lesson not fully learned.

After a few years back in New York, working again for Global Beauty Companies, Avon, Bliss, Victoria’s Secret. I began itching to live in Europe. Again without the possibility of transferring, I jumped ahead to make it happen for myself. Sometimes you just can’t wait for others to create your path, you got to do it yourself.

At Avon, I was in the fragrance department designing perfume bottles and secondary packaging, which was admittedly my dream job. However, the more I learned about bottle design the more, I was reminded of my passion for product design. I was already taking courses as Pratt Institute, but decided Europe was something I needed to do. I enrolled in a product design course at Central Saint Martins, where the first half the course was taught and then to Milan for the second half. It was an amazing course and when I finished, I planned to (legally) find an internship or job in London. After the course I headed by to London, but because of UK immigration, I was diverted to Holland.

Holland: To Good to be True

In Holland I reached out to the son of an old family friend who ran an interior design business.The interior design firm promised housing, product design work and a visa, which sounded too good to be true….it was. The work part was legit, but the other stuff I had to sort out on my own. Fortunately, between hard work and a stroke of luck, I manage to work it all out.

After working in product design, I went back to packaging and graphic design. With my sole-proprietor visa, I networked like crazy, joining every business association, meeting or KVK event (dutch chamber of commerce). At every event, there were 4 or 5 dutch designers doing the same thing. Not easy to compete with very talented locals. I began to spend more time at expat networking events and picked up a few international prospects.

In the meantime, I also rented a co-sharing desk within 2 design companies for about 90 euros per month, an amazing deal. This worked out well to meet others and I met a lot of Dutch colleagues. Here I learned the lunch custom is to eat lunch all together and meat/cheese sandwiches, followed by chocolate sprinkles on buttered bread for dessert.

I was feeling pretty good. I had sorted out my visa, found a desk to work/to live, was making lots of friends and networking a lot. I was living my dream to live in Europe and didn’t want leave all of this to return to the US…but things weren’t as amazing as it might have appeared.

The work was sparse and I was beginning to feel discouraged. One of my new clients offered me a project and with a promise of potential ongoing projects. I worked very hard and was so dissapointed when they were less than enthusiastic regarding the design I created for them.The design addressed media vs politics. I knew nothing about Dutch media or politics. I read and talked to every local I could talk to about it and came up with a few concepts, but the client was not happy and it was after this project I realize, I needed years of context under my belt to truly do this kind of conceptual project well. Without growing up with the humor, the media and politics around me, I had no way of addressing in any other way than as an observer and therefore not connecting with the young dutch audience I was aiming to address.

Once again I realized, it didn’t matter how good of a designer I was, without diving into the culture, the language and giving years it years to fully soak in, I would continue to hit these roadblocks.The Dutch wanted me to be successful, but the path to success was a very steep climb. The company where I had my shared desk also wanted to hire me, but my Dutch needed to be fluent and my Dutch language classes were not moving me along fast enough.

Success is twice as hard in another country

Looking back, I know I could’ve been successful had I had the passion and drive to stay in Holland (or Australia) to embrace the culture and language to the fullest. I had already successfully designed international cosmetics packaging Avon cosmetics, but to try to create media and political concepts with Dutch humor and social context, was proving to be much more difficult. After numerous attempts and my funds running low, I closed up my business in Holland and returned to the US.

In December, I returned to Miami, slightly off-path and discouraged. My passion for meeting other business owners and entrepreneurs drove me to start an entrepreneur group in Miami. Something that at the time did not exist. I also renewed my interest in designing packaging focusing in food, beverage and beauty.

With obsession for traveling abroad, I have cultivated an exceptional understanding of the European market and US market and am an expert at helping European companies to position their products to a US market. I have the context, the knowledge and to fully understand the US market. What I realized is I love to explore cultures and design for inspiration which I take back with me to my home and create new.

In addition to working with US clients. I have worked abroad in 2 different countries: the Netherlands, the Australia. Over the years my clients range from Bolivia, Australia, Caribbean, Holland, UK, France, Italy, Cuba, Israel and Germany. Working overseas in the country has proved to be the very difficult. As a designer and cultural observer, you become keenly aware of the cultural nuances.