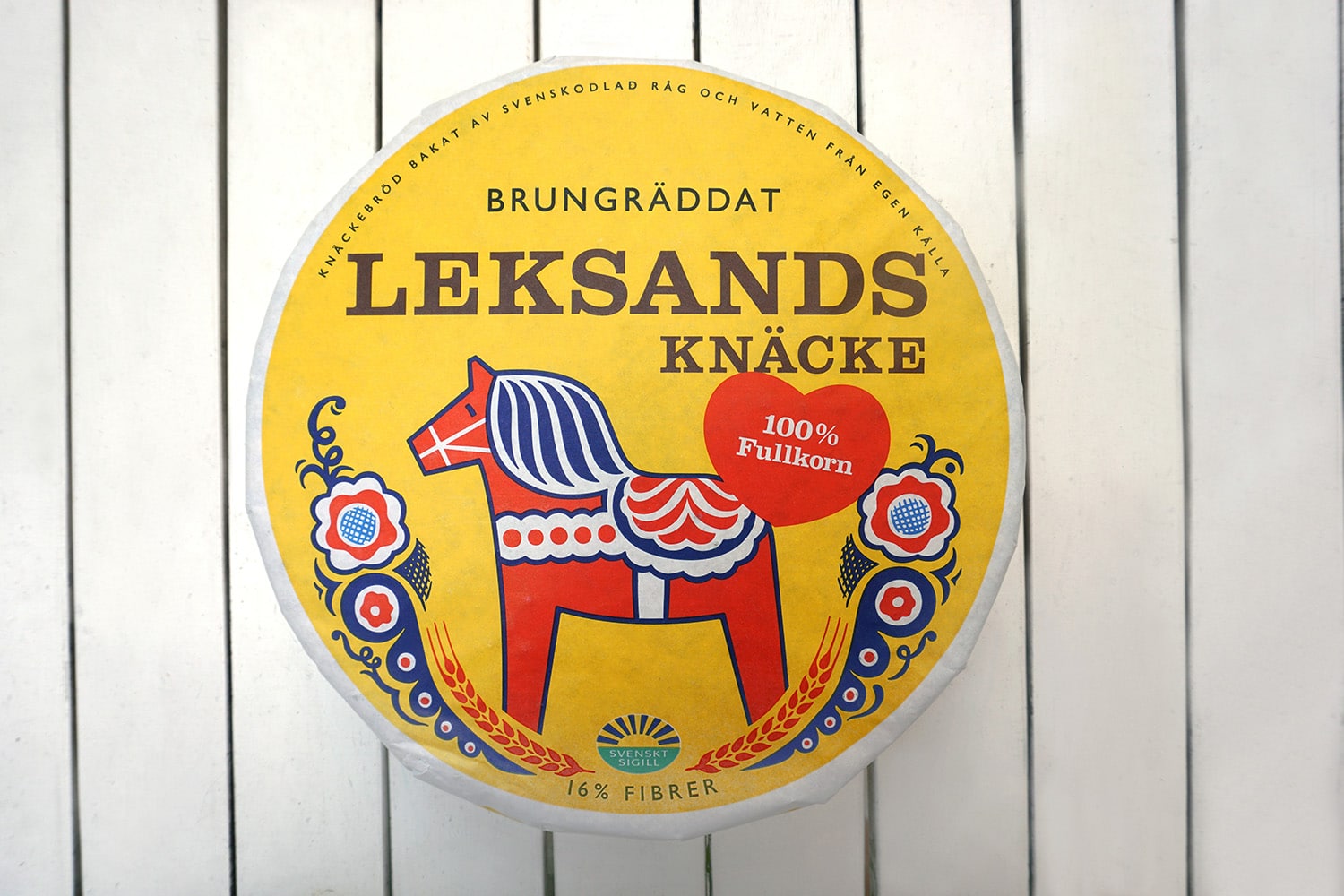 Sweden is known for IKEA, ABBA, and their meatballs, but have you tried their bread?

When I think of bread in Europe, I often think of the fresh bakeries of France or Germany filled daily with hot fresh breads, tasty croissants or fluffy sourdough. In Sweden, the tradition is different. Although there are plenty of delicious bakeries with sweets and breads, the traditional bread is a crispbread, or knäckebröd in Swedish. It looks something like a large round cracker.

Crispbread has been around in Sweden since 500 AD, but became a staple in most households in the 1800s. Traditionally it was only baked twice a year and was baked round with a hole in the middle, so it could be stored on sticks under the roof.

The design of these crispbreads catch your eye immediately. In the grocery store there are rows and rows of these round, folded packages stacked up to a dozen high. Coming from a the US, the only association is that they remind me of large wheels of cheese.

The package design falls into two categories. The modern with photographs of what it looks like or how you can eat it and those that are more traditional that carry symbols of Swedish history. The latter is more interesting to me. The folded packages with large graphic symbols of boats or horses reminds me of a large stamp. The one that grabbed my attention most was the one with the horse on it. The horse icon is everywhere in Sweden. After having seen it so many places, I began to wonder about its significance.

Origins of the Swedish Horse

The horse designs, also know as a Dala horse (Dalecarlian horse) originating in Swedish province Dalarna, was traditionally a toy made for kids. Dala horses were traditionally carved out of wood and painted red, then adorned with Kurbits designs and may have started as something to do during long dark winters. In the 19th century it gained popularity and became an important bartering item. Today they can be found in many colors and has become a symbol of Sweden.

Why is the Dala Horse red?

In Sweden you will find many buildings, wooden cottages and barns painted red, this includes the red you see on the Dala horse. Falu red (Falun red) is a Swedish deep red paint that originated from the copper mine at Falun in Dalarna, Sweden. The traditional color is not only as symbol of the swedish countryside, but is still popular due to its effectiveness in preserving wood.

From an outsider, the packaging of this particular crispbread carries lots of interesting graphic symbols and characteristics of Swedish culture. I really like the iconic feeling of the packaging. Although, I wonder from a Swedish perspective if it is something that is overdone, or if it is still very much a sense of pride. I am thinking the latter.

Crispbread are crackers. The most popular brand in the US is Wasa and until my visit to Sweden I never new this is where they originated from or the significants of there history. Traditionally the crackers consists of wholemeal rye flour, salt, and water. Today, however, many kinds of contain wheat flour, spices and other grains. In most of the stores I visited there are even a variety of gluten-free crispbread, although not in the round circle, but were a few in a half-circle. Crispbread keeps for a very long time, which is why it was a good staple in the cold Swedish winters.

Although crispbreads may be considered a bit too bland to the general US consumer (Wasa crackers), it is it interesting to see its origins and that it is thriving in Scandinavia. I really like the feeling of the round crispbread packaging. The old-world feeling of the folded paper packaging with a graphic stamp makes it feel fresh and healthy. 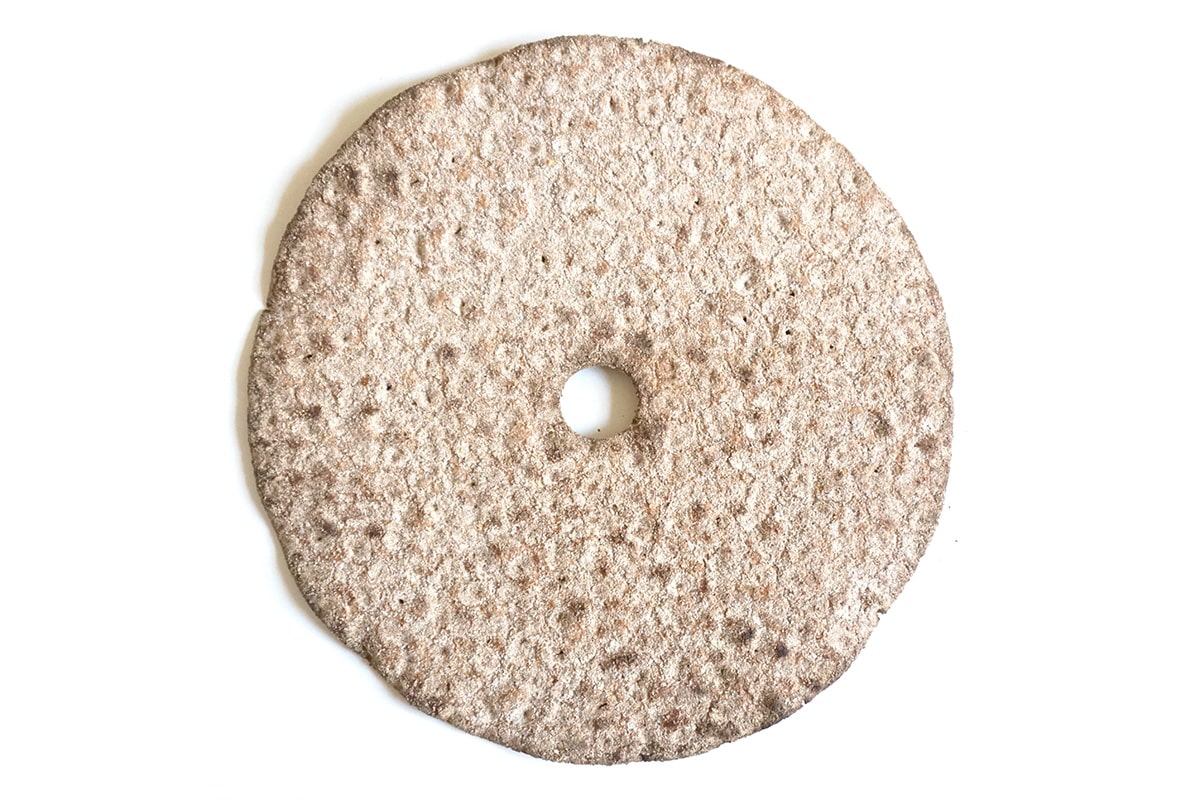 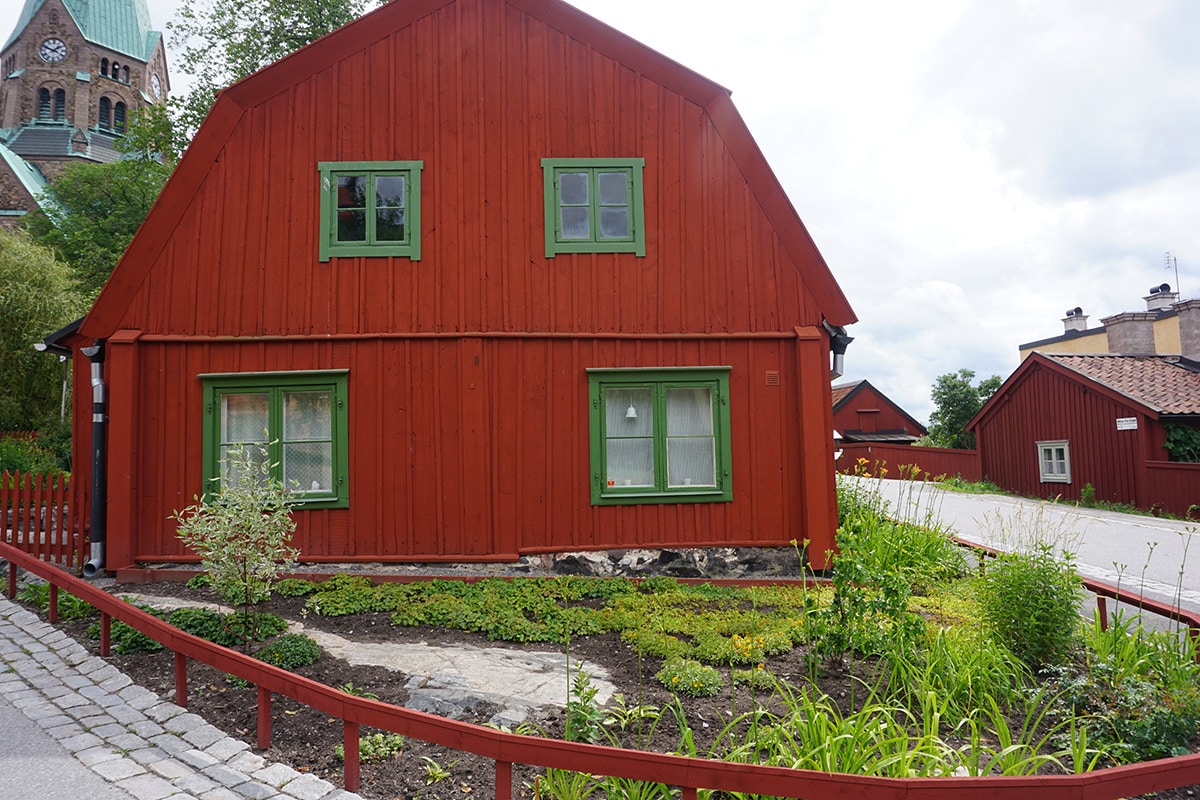 Cottage near Sofia Church in Stockholm